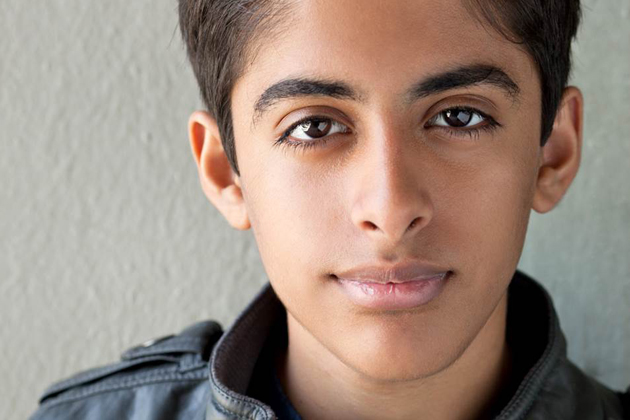 Karan Brar can be seen starring as Ravi, one of the newly adopted children in the ultra-rich Ross family, on the hit Disney Channel series “Jessie” [opposite Debby Ryan, Peyton List, Cameron Boyce and Skai Jackson.] Brar, a newcomer to Hollywood, began acting when he was seven years old.  After taking acting classes in Washington, he moved to Los Angeles with his family full time to pursue his acting career.

Brar has also appeared in Disney’s “Austin & Ally” [as Ravi], Disney XD’s “Pair of Kings,” and voiced the character of Prince Zandar in “Sofia the First,” also for Disney.  Brar has quickly made his mark in the world of film, starring as Chirag Gupta in Twentieth Century Fox’s DIARY OF A WIMPY KID [2010] DIARY OF A WIMPY KID: RODRICK RULES [2011] and DIARY OF A WIMPY KID: DOG DAYS [2012.]  Brar also recently voiced the character of Mason, in Twentieth Century Fox’s MR. PEABODY & SHERMAN [Leslie Mann, Stanley Tucci, Mel Brooks, Allison Janney, Ariel Winter]..  However, it is his role on “Jessie” that is truly putting Brar on the map as one to watch.  Brar’s character Ravi is a new immigrant to the US, and struggles to adapt to his new surroundings while still trying to hold on to his religion and Indian culture.  Brar, whose family is originally from the state of Punjab, India, understands the importance of portraying the first ever series regular Indian character on The Disney Channel. He is helping the channel expand culturally, while also helping to educate viewers on the Indian culture and religions. What he loves most about being Indian and portraying an Indian character is the ability to incorporate what he has learned from his own family and from his visits to the country back into his role as Ravi.

Meet Karan Brar at Kidabaloo in the following cities: